‘I can only hope the rules are the same for EVERYONE’: Thomas Tuchel says he would be ‘very angry’ if rivals abuse Premier League’s Covid postponement rules to cover injuries and AFCON

Thomas Tuchel said he would be furious if rivals took advantage of the Covid-19 postponement rules to cover injuries.

Tuchel was told Sunday’s North London derby between Arsenal and Tottenham could be postponed, with Mikel Arteta claiming to have just 12 fit outfield players in the first team.

When asked if teams are covering injuries rather than Covid cases, Tuchel said: “I very much hope that is not the case as I would be very angry.

“We do everything we can to make games possible and we were made to play when we thought maybe we shouldn’t.

“So I can only hope the rules are the same for everyone.”

Following Arsenal’s trip to Liverpool, Gunners boss Mikel Arteta suggested they may have to postpone Sunday’s North London derby against Tottenham due to a lack of players available.

The Blues are without number 1 goalkeeper Edouard Mendy, who is with Senegal at the Africa Cup of Nations, and who has been stuck in a Covid crisis for the past four weeks.

The Chelsea boss has previously called for greater competition transparency over the decision-making process, with Burnley against Leicester, the 20th top game to be suspended this season.

Chelsea, which lost defender Andreas Christensen to a positive Covid test on the eve of Saturday’s trip to Man City, had asked the league to postpone their game against Wolves last month after seven Covid cases, but that request was rejected. turned down.

Harry Dunn's alleged killer will NOT appear in court next week

Ben Simmons opts for comfort in navy tracksuit after he asks Maya Jama . had asked 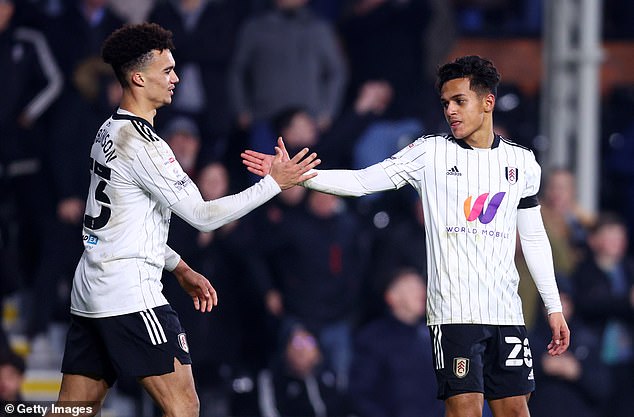